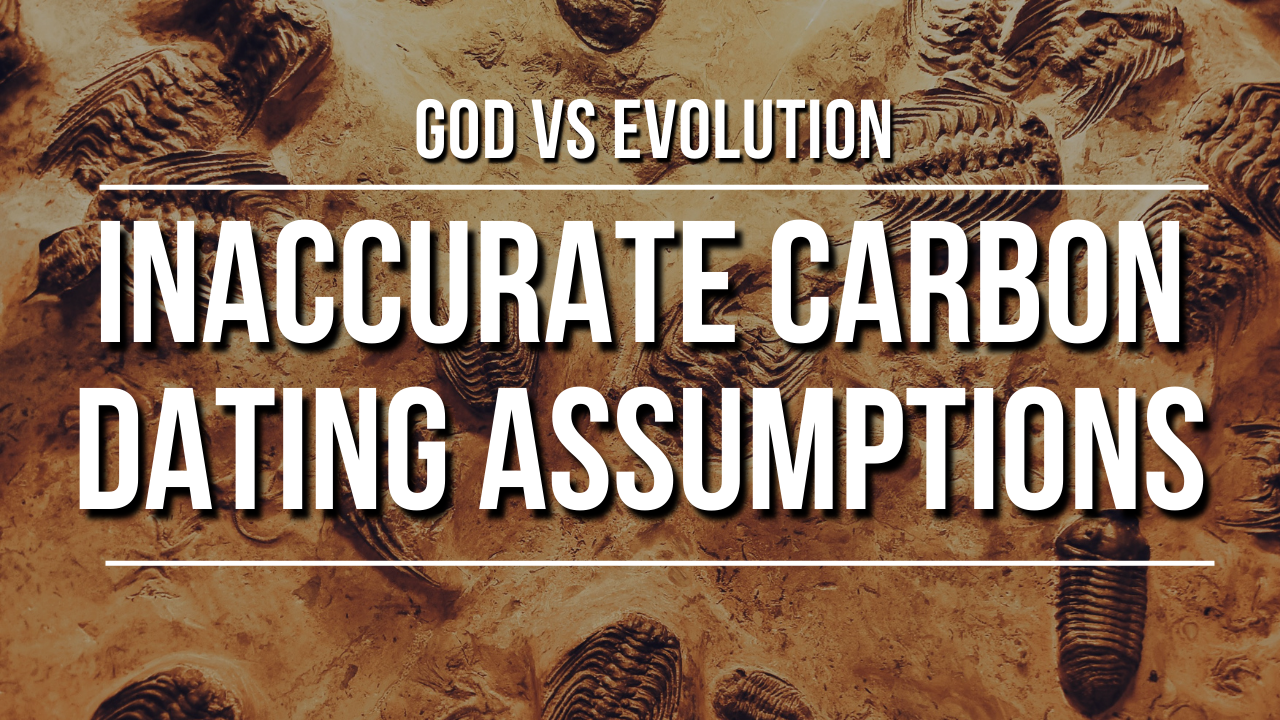 Firstly as you are reading this article, I want to say I am a Pentecostal Christian and I do believe in science. I believe the earth is round and I believe in the advancement of science in medicine. But as a Christian, I disagree with the theory of evolution by Charles Darwin who is commonly cited as the person who “discovered” evolution.1

There are many theories by Darwin that goes against the Bible also known as Darwinism 2 that state all species of organisms and developed through natural selection which does not acknowledge the need of a creator God. This is the reason why as Christian we need to understand what theories we disagree on and the point of this article is to help give both sides a better understanding of what Christians believe and what Evolutionist believes.

What Is Scientific Theory

Before I go into the issue with carbon dating itself and why it is important to highlight it’s a problem related to dating and evolution theory, we first need to understand what is scientific theory.

“A scientific theory is a structured explanation to explain a group of facts or phenomena in the natural world that often incorporates a scientific hypothesis and scientific laws.”3

I have no doubt and agree science theories are important and useful to help scientist to discover and understand new discoveries using experiments and facts data. But when it comes to evolution theory how can one prove the hypothesis of that theory is a fact and not just a hypothesis is still not proven till today but many assume it’s already proven.

What is shocking to me personally, is that scientists do have evidence as well to prove that the evolution theory by darwin might not be accurate. I will explain more in detail in this article how I got to this conclusion it might not be true because of the many false assumptions.

Usually, the typical Atheist or Evolution will use science and many thousands of evidence of fossils and dating of many rocks to proof with factual evidence to prove their logic on evolution is correct. But is that true?

Well if you ask any scientist is evolution till today a theory? They will answer you yes, it’s still a theory and not a fact because they have yet to have concrete evidence to back up their scientific hypothesis so it is still a guess, for now, it might be truth. But the bigger issue many Atheists, Agnostic, and scientists treat the theory of evolution as a fact and not a theory and believe in the many inaccurate assumptions of the theory which I will address one them here through carbon dating.

Many people around the world assume fossils and rocks are dated at “millions of years” based on radiocarbon (carbon-14) dating. But that’s not the case, carbon-14 can yield dates of only “thousands of years” before it all breaks down.

Once a living thing dies, the dating process begins. Since 14C is radioactive (decays into 14N), the amount of 14C in a dead organism gets less and less over time. So the dating process involves measuring the amount of 14C that remains after some has been lost (decayed). Scientists now use a device called an “Accelerator Mass Spectrometer” (AMS) to determine the ratio of 14C to 12C.  You can read more about how carbon dating it works here.

We are not questioning the accuracy of the measurements, it’s the assumptions that are applied to those measurements – Dr. Michael Houts

The Critical Error In Assumptions On Carbon Dating

The assumption by many scientists today is they assumed or guess that the ratio of 14C to 12C in the atmosphere has always been the same as it is today (1 to 1 trillion). Dr. Willard Libby, the founder of the carbon-14 dating method, assumed this ratio to be constant. If this is true, the AMS dating method is valid for up to 80,000 years, beyond that number, the instruments they use cannot detect enough remaining 14C to be useful in age estimates.

If this assumption is not true, then the method will give incorrect dates and many others factors will not be accurate in their calculations.

Read more about this here.

So we have identified the problem in carbon dating, but is this true in real-life science? Can we prove that carbon dating might have errors due to false inaccurate assumptions by scientists? The answer to that is found in this chart below

If carbon dating was all that accurate as what they claim, why is the date by radiometric dating as shown above for “Mt. Ngauruhoe, New Zealand” is shown as a range from 1.32 to 1.76 million years old which a gap of 440 000 years different? But actually, the volcanic eruption that made the stone that they will measure was in 1800 to 1801 (221 years from 2022). That’s a far cry big gap of millions of years!

So if carbon dating is not accurate? What makes you think evolution theories and fossil dating predictions are trustable as well?

Many people have been led to believe that radiometric dating methods have proved the earth to be billions of years old. Which caused many Christians to reevaluate the biblical creation account in Genesis 1 which supports the view on Young-earth of about 6000 to 12,000 years. 4.

To support this view, you can read this article to learn more and find evidence to confirm Young earth here.